It's not the most exciting song, but it's a good one and the sound is incredible! A track for slower Lindy social dancing and classes.

The album was recorded in the Concert Hall A, State University Of New York, Purchase, New York. No recording booths and no headphones were used, the musicians were just playing together.

Beside the recording space, a technology was used to create that exceptional sound.

This process allows twice as much time to carve a groove that accurately represents the sound on the master tape. Half-speed mastering allows for cleaner reproduction and also permits extended high frequency response, extending into the ultrasonic region.

Throughout a busy musical career that got underway in the early '50s, Dick Hyman has functioned as pianist, organist, arranger, music director, and composer.

His versatility in all of these areas has resulted in film scores, orchestral compositions, concert appearances and well over 100 albums recorded under his own name.

While developing a masterful facility for improvisation in his own piano style, Mr. Hyman has also investigated ragtime and the earliest periods of jazz and has researched and recorded the piano music of Scott Joplin, Jelly Roll Morton, James P. Johnson, Duke Ellington, and Fats Waller.

Other solo piano albums include variations on the songs of Irving Berlin, Cole Porter, George Gershwin and Richard Rodgers. 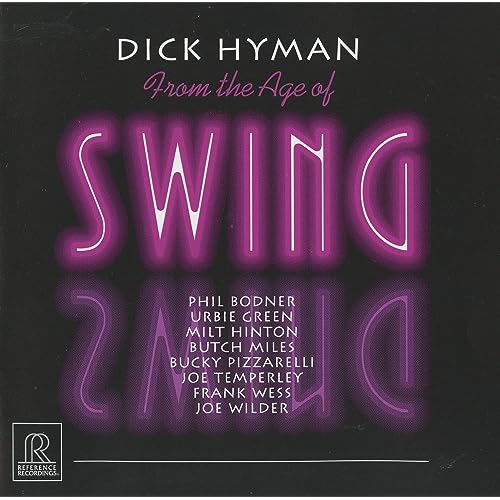 What do you think about this song? Interesting enough to dance to?