Mildred Bailey did not have a happy life. She disliked her looks (being overweight) and drank too much at times. However, she was one of the finest singers of the 1930s.

She was influenced by Bessie Smith, Ethel Waters und other blues singers.

Although she partly had indian roots, she was considered the first non-black singer to gain recognition in jazz. She was known for her distinctive little-girl voice with a jazz influenced phrasing and a sure feeling for swing.

Born Mildred Rinker (she kept the last name of her first husband), she helped her brother Al Rinker and Bing Crosby prior their joining Paul Whiteman as part of the Rhythm Boys.

After giving Paul Whiteman a demonstration disc of her own in 1929, she gained a spot with one of the most popular dance orchestras of the day. She was part of his orchestra until 1933, as the first female big band singer.

The added exposure with Whiteman soon gave Bailey her own radio program. She had already debuted on a recording date with guitarist Eddie Lang in 1929, but in 1932 she gained fame by recording what became her signature song, “Rockin' Chair”.

She really came into her own when she went solo and teamed up with her third husband, xylophonist/vibraphonist Red Norvo.

Bailey made most of her finest recordings during the 1930s, and during 1936-39 she was featured with Red Norvo's band, a group that often framed her vocals with Eddie Sauter‘s arrangements.

Though she and Norvo later divorced, Bailey continued to perform and record during the 1940s. She appeared on Benny Goodman‘s Camel Caravan radio program, and had a regular radio series during 1944-1945.

Her health problems increased later in the 1940s, she spent time in the hospital suffering from diabetes and died of a heart attack in 1951, at age 44.

(I've Been) Savin' Myself For You

A nice song that features the xylophone playing by Red Norvo on the one hand and Mildred's singing on the other hand. 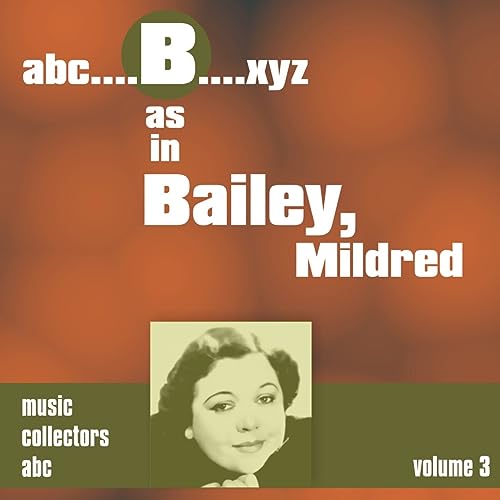 What do you think about Mildred Bailey's voice? Let us know in the comment section below!