George Gee's life changed when he interviewed Count Basie and he became the world’s only Chinese-American swing big bandleader.

A native New Yorker, George always loved music. He grew up with Rock’n’Roll and R&B but in his teens, he also developed a powerful passion for jazz — especially the big band styles of Count Basie, Duke Ellington, Lionel Hampton, Benny Goodman, Cab Calloway and other legends.

At Stuyvesant High School, George played the double bass in the school’s jazz band, where he demonstrated an early flair for showmanship. This passion continued into his first year at Carnegie Mellon University in Pittsburgh. George created a big band music hour for the school’s radio station; off-air, he often spoke of his true long-time dream: leading his own big band.

The very next day, he reached out to fellow jazz players to create a 17-piece big band, which quickly became a darling of the campus community.

“I have always been proud of my Chinese-American heritage and it has always helped me stand out among a crowd (as much as there is a “crowd” of swing big bandleaders!),” George says.

George loves all big band music, even when it’s not his own band playing. He’s a popular and skilled swing music DJ but he is proud of his stature as an authority on swing-era music and history. He has lectured at the New School University and National Jazz Museum in Harlem, led clinics and master classes, and is a popular resource for reporters, bloggers and TV productions.

In 2007, George Gee released an album with the Jump, Jivin' Wailers. The 10 piece orchestra was created in 1999 by Musical Director/Trumpeter/Vocalist Walt Szymanski and bandleader George Gee as a way to economically perform and tour with a smaller orchestra with a “Big Band” sound.

Ball Of Fire is one of my favorite songs on this album. I can't really say, what exactly makes that song so appealing for me. I like the melody for sure and the general energy of the orchestra. 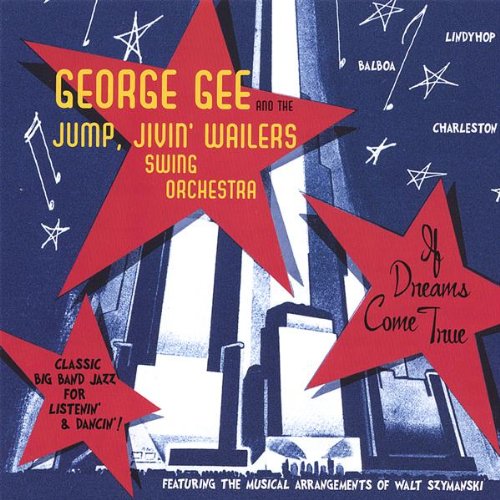 Do you play George Gee tunes in your DJ sets? What's your favorite one? Let us know in the comment section below!