After the slow tune from last week I thought I'd stay in that tempo zone and feature another song. This time, though, on the other side of the timeline: it's from the late fifties.

And it's from an album that belongs into every serious swing music collection!

I really like that song and I often use it in Lindy beginners classes, it works perfectly.

The Atomic Mr. Basie (originally called Basie, also known as E=MC2 and reissued in 1994 as The Complete Atomic Mr Basie) is a 1958 album by Count Basie and his orchestra.

The album is one of Basie's most famous and is critically acclaimed. Allmusic gave it 5 stars, reviewer Bruce Eder saying “it took Basie's core audience and a lot of other people by surprise, as a bold, forward-looking statement within the context of a big-band recording.”

It is included in the book 1001 Albums You Must Hear Before You Die, Will Fulford-Jones calling it “Basie's last great record.” 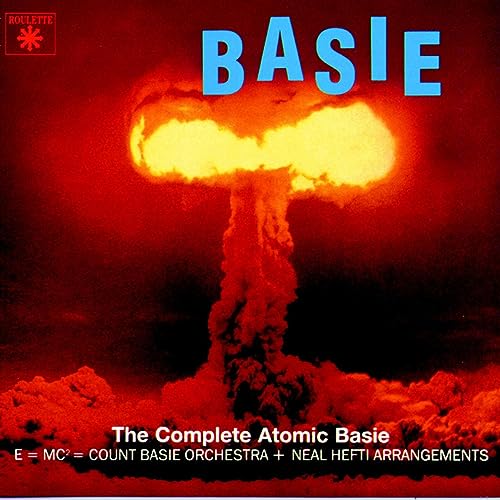