Last weekend, I was DJ'ing at Minor Swing in Gothenburg (Sweden) with my fellow DJ friends Janne Börjesson and Johan Frick.

Janne and I were discussing about different versions of well-known songs and he showed me a version of Rigamarole that I probably heard before but didn't have in my libray.

I would like to share it with you today. Rigamarole is usually a fast song (see SOTW #109 by Willie Bryant)  but this one here is the complete opposite.

James “Jimmy” Dorsey (February 29, 1904 – June 12, 1957) was a brilliant alto saxophonist and clarinetist who was in the late 1920s one of the top reed soloists in jazz, as Scott Yanow writes in his book Swing : Third Ear – The Essential Listening Companion.

Like his younger brother Tommy Dorsey, he was taught by his father Thomas W. Dorsey and started his professional musician career while being a teenager.

Jimmy and Tommy Dorsey often played together in the 1920s and 1930s. In 1935 they split up and in the following years, Jimmy was often overshadowed by his brother.

Jimmy Dorsey had one of the more popular big bands in the 1940s which existed until 1953. In that year he broke it up to join Tommy Dorsey's band for the next few years. 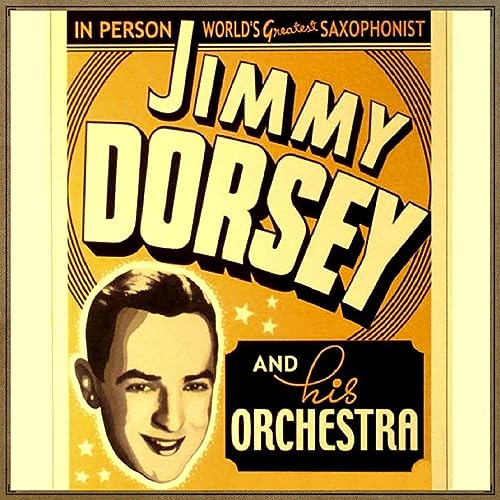