This song is emotionally linked to my early years as a Lindy dancer. It was played all the time in my local scene and I considered it overplayed.

The song is quite slow and therefore also great for beginners.

The song was composed and arranged by Sy Oliver. Vocals are by Jo Stafford and Sy Oliver.

Admired for the purity of her voice, she originally underwent classical training to become an opera singer before following a career in popular music, and by 1955 had achieved more worldwide record sales than any other female artist.

Born in Coalinga, California, Stafford made her first musical appearance at age twelve. While still at high school she joined her two older sisters to form a vocal trio named The Stafford Sisters, who enjoyed moderate success on radio and in film.

In 1938, while the sisters were part of the cast of Twentieth Century Fox's production of Alexander's Ragtime Band, Stafford met the future members of The Pied Pipers and became the group's lead singer. Bandleader Tommy Dorsey hired them in 1939 to perform back-up vocals for his orchestra.

In addition to her recordings with the Pied Pipers, Stafford featured in solo performances for Dorsey. After leaving the group in 1944, she recorded a series of pop standards for Capitol Records and Columbia Records. Many of her recordings were backed by the orchestra of Paul Weston.

She also performed duets with Gordon MacRae and Frankie Laine. Her work with the United Service Organizations (USO) giving concerts for soldiers during World War II earned her the nickname “G.I. Jo”.

Starting in 1945, Stafford was a regular host of the National Broadcasting Company (NBC) radio series The Chesterfield Supper Club and later appeared in television specials—including two series called The Jo Stafford Show, in 1954 in the U.S. and in 1961 in the U.K.

Source: Wikipedia. Follow the link to read the full biography.

There is also a biography on Allmusic.com. 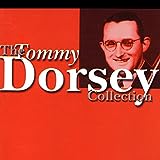