I'm currently DJing at the Italian Balboa Festival, therefore I would like to feature another song that works well for Balboa.

You may have heard it before. It's quite experimental but that's just how Raymond Scott's personality was.

The sound quality of the Youtube clip is really bad. That's why I also included players from Rdio and Spotify.

There are great biographies on Wikipedia and allmusic. Check them out to learn more about Raymond Scott and the way he composed and developed his music.

You find Raymond Scott's “The Penguin” also on one of DJ Wuthe's compilations: Balboa Swing Vol. 6.

I want to take the opportunity to give a special shout-out to Stephan Wuthe.

Over the years, he has compiled many, many collections of great swing dance tracks and they all are remastered from original 78 rpm shellac records he owns.

The compilations are released as CDs. Currently, you won't find all of them as digital downloads but if you do, buy them, they are highly recommended.

I'm sure you'll find music and artists you've never heard about before. 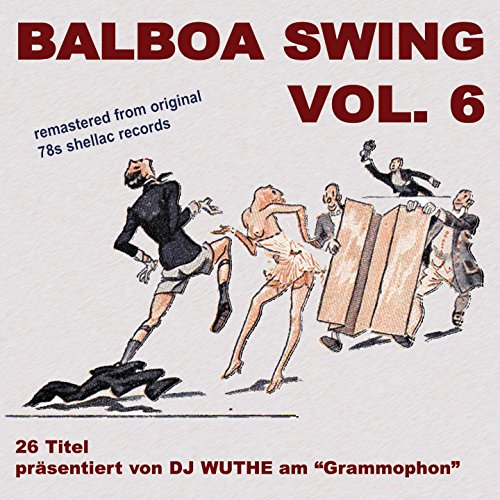