Jersey Bounce is a song that you can find in many different versions. Although there were lyrics written, many instrumental versions were recorded.

Our Song of the Week is a version by Ozzie Nelson & His Orchestra.

“Jersey Bounce” is a song written by Tiny Bradshaw, Eddie Johnson and Bobby Plater with lyrics by Buddy Feyne who used the nom de plume Robert B. Wright (as this song was written during an ASCAP strike).

It hit #1 in 1942 as an instrumental recorded by Benny Goodman and his orchestra, and also charted that same year by Jimmy Dorsey (#9) and Shep Fields (#15).

The tune was popular as the source of aircraft nicknames during World War II. One of the first examples was a B-24D Liberator that served in the Eighth Air Force with the 93rd Bomb Group at Alconbury, England, in 1942 and 1943.

This is the second song by Ozzie Nelson within the Song of the Week series. Check out #27 where you also can learn more about Ozzie Nelson and his wife Harriet.

Ozzie Nelson is also the composer of the well-known “Rigamarole“. 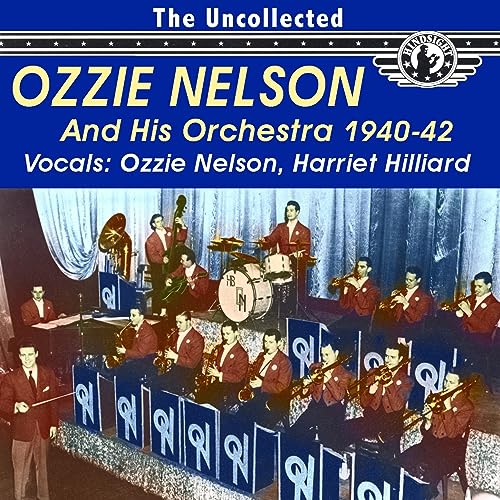 What do you think about this song? Which is your favorite version of “Jersey Bounce”? Share your thoughts in the comment section below.