I'm pretty sure you know the tune “Black Coffee” but I'm wondering if you've ever heard about this British artist:

Inspired by Louis Armstrong, Nat Gonella in the 1930s could be considered the Wingy Manone or Louis Prima of England.

He started off playing in the jazz-oriented dance bands of Billy Cotton, Roy Fox, Ray Noble, and Lew Stone from 1929 to 1934 before leading his own band, the Georgians, named thus because his version of “Georgia on My Mind” was popular.

Although he visited and played in the U.S. in 1939, Gonella chose to stay in England where he made many records during 1932-1942, a few in the mid-'40s, and then became less prominent.

In 1958, he formed the New Georgia Jazz Band (which recorded frequently during the next three years) and he remained an active and popular figure into the late '70s, dying in 1998.

Nat Gonella's recordings are worth investigating by swing and Dixieland fans.

I totally agree with the last sentence. I just recently started to get into his music and there are many great recordings. Well, I had to make a choice and decided to feature a wonderful version of a fairly well known song.

Check out these resources for more details about Nat Gonella:

“Black Coffee” was written by Sigler, Goodhart and Hoffman and was recorded in 1935 by Nat Gonella. He also was responsible for the vocals. 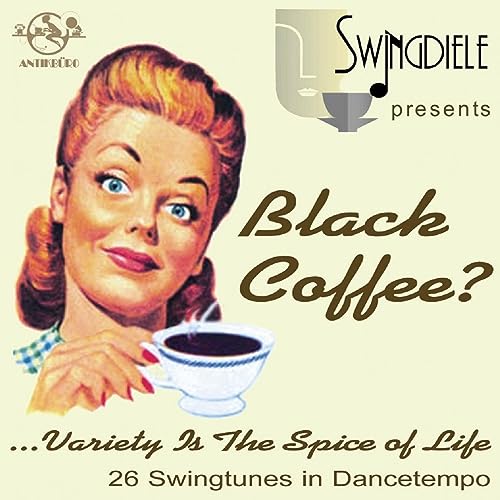 What do you think about Nat Gonella's version? Is it your favorite one? Leave a comment below!