This blues was sleeping in my music collection for a few years now.

Just today, I recognized what gem has been waiting to be discovered and chosen as this week's Song of the Week.

A classic by the unique

The group originally consisted of Red McKenzie playing comb and tissue paper, Dick Slevin on kazoo, and Jack Bland on banjo. The band also included a traveler's suitcase played with foot and whisk brooms (instead of a drum kit).

Their unique debut recording in 1924  (“Arkansas Blues” and “Blue Blues”) became a big hit. During 1924-1925, they recorded 12 titles. Two of them included guest Frankie Trumbauer on C-melody sax and Eddie Lang played guitar on the final six numbers.

After 1925, McKenzie recorded additional sessions under his own name as a vocalist while the Mound City name disappeared for several years.

In 1929, he re-used the name for four selections recorded with all-star groups, including Jack Teagarden, Coleman Hawkins, Glenn Miller, and Pee Wee Russell.

The two recordings “Hello Lola” and “One Hour” are considered classic!

Coleman Hawkins took a historic ballad solo on the latter, trombonist Glenn Miller rarely sounded hotter than on “Hello Lola,” and both clarinetist Pee Wee Russell and McKenzie on comb were in top form.

If you follow this series for a while now then you know that I like unusual instruments. Comb and tissue paper were missing so far in the collection ;). 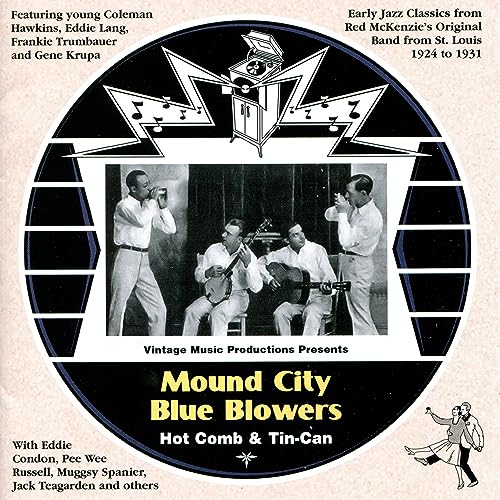 What do you think about this song? How do you like the Series “DJ Chrisbe's Song of the Week”? Let us know in the comment section below.