This is in a way a typical song in my repertoire. It's rhythmically diverse, it's dramatic and it has a certain melancholic mood that I really like.

But, don't ask me why I love songs in minor keys, I just don't know.

I already wrote about the band in the Song of the Week #26.

The band got its name when Irving Mills became their manager in 1931.

The Mills Blue Rhythm Band were based at The Cotton Club in New York. They worked steadily through the 1930s deputizing for the Duke Ellington and Cab Calloway Orchestras; often taking their undesirable engagements.

Violinist Carroll Dickerson briefly fronted the band, followed by Drummer Willie Lynch in 1931 and then compere Jimmy Ferguson (Baron Lee). Edgar Hayes, Eddie Mallory and Dave Nelson all had temporary stints as band leader until Lucky Millinder permanently took over the role in 1934.

(During 1932, the year that Baron Lee fronted the band, they took part many sessions that yielded 22 recordings; after Millinder took over, they recorded roughly twice as many recordings.)

The band recorded 150 sides for a variety of labels including Brunswick, Columbia, Victor, the ARC stable of labels (including Oriole, Perfect, Regal, Romeo, Banner, Melotone, Domino), Variety, and Vocalion.

Despite success with a few hit records and a strong lineup of talented soloists, the group never attained the prominence of their peers. This is often attributed to the lack of a single identifiable leader, and Irving Mills' preference to have the band perform an understudy role.

The group disbanded in 1938. Millinder joined Bill Doggett's band before reforming it into his own orchestra in 1940[4]

Many of the Mills Blue Rhythm Band's recordings are now considered jazz classics by collectors. Original records regularly appear on auction lists (which indicates that they did sell records over their lifespan), and recent reissue and remastering projects have made their recordings more widely available. 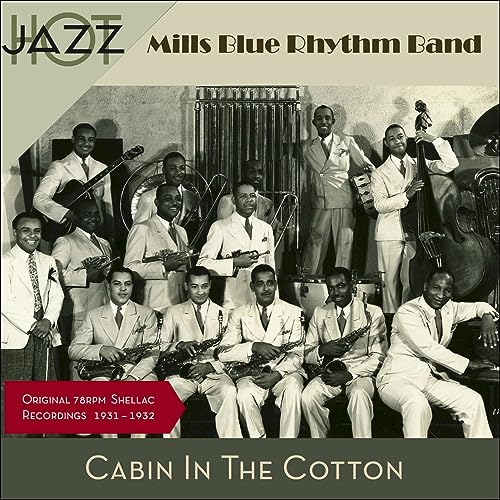 What do you think about this song? Do you have tracks by this band in your library? Let us know in the comment section below.