From time to time, I like to feature a song that teaches us something about jazz history. Those songs are sometimes not the best songs for swing dancers – but this one works :).

In the Song of the Week from last week, I mentioned Meade “Lux” Lewis and I quoted a paragraph about playing him the celeste. In the same article, I also found out, that he was one of the three big boogie-woogie pianists, beside Albert Ammons and Pete Johnson.

The boogie woogie craze started around 1938, after John Hammond‘s 1938 Spirituals to Swing concert.

In 1927, Meade “Lux” Lewis had his recording debut with that version and it's considered a classic. After that, he recorded the song several times for different labels over the years.

You can download this version for free on jazz-on-line.com.

As you can hear, the 1937 version is a bit faster and probably the one you would like to add to your library.

The driving left-hand blues style known as boogie-woogie was probably invented around 1900 (Eubie Blake's broken octave, descending bassline in the “Charleston Rag” from 1899, is highly suggestive of a boogie pattern).

It began to surface in saloons, honky-tonks, bawdy houses, and “barrelhouses” in the South and Midwest around 1912.

A barrelhouse was a rural dance hall in which the beer was served out of barrels. “Barrelhouse” became synonymous with boogie-woogie. Music was generally supplied by a single pianist on an instrument in a questionable state of repair.

The strongest possible expression of rhythm was therefore necessary, and the boogie bass supplied it perfectly. Primitive, gutsy, driving, it could be heard above the noise of the crowd and would work, at least in some keys, if the piano was missing a few keys.

Boogie-woogie spread more rapidly in the black community in the 1920s, became a national fad from 1938 to about 1945, then rapidly faded from view. Yet it has remained a permanent favorite in the repertoire of most intermediate to advanced pianists, with some specialists still around.

The first major popular recording artists to emerge from the field were Clarence “Pine Top” Smith (1904-1929) and Jimmy Yancey (1898-1951). The next generation of famous boogie players included Albert Ammons, Meade Lux Lewis and Pete Johnson (see also biographies of these others).

I highly recommend to read the full article, because Meade “Lux” Lewis' biography is also included. 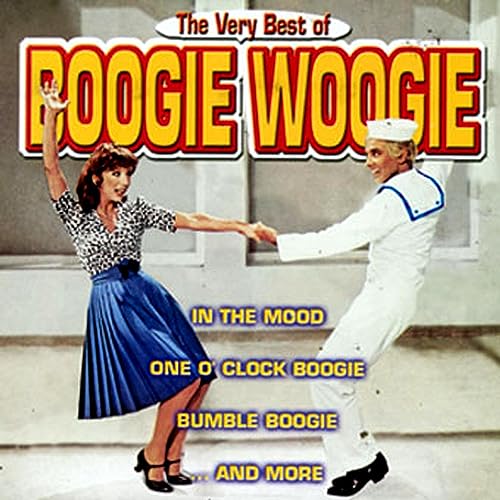