And I also like to discover songs in my library, that are there since a long time and never were DJed by me before.

This is one of those songs. I played it last weekend here in Switzerland and afterwards, Naomi Uyama asked me about the title.

I decided to share it with you too and let it become the Song of the Week.

Johnny Blow Get Your Horn And Blow It

The song was written by Lionel Hampton, Walter Hirsch and Charlie Hathaway.

I couldn't find anything about the origin of the song. If you have some informations, please let us know in the comment section.

Lionel Hampton and the Vibraphone

Lionel Hampton was the first jazz vibraphonist and was one of the jazz giants beginning in the mid-'30s.

He has achieved the difficult feat of being musically open-minded (even recording “Giant Steps”) without changing his basic swing style. Hamp started out as a drummer, playing with the Chicago Defender Newsboys' Band as a youth.

His original idol was Jimmy Bertrand, a '20s drummer who occasionally played xylophone. Hampton played on the West Coast with such groups as Curtis Mosby's Blue Blowers, Reb Spikes, and Paul Howard's Quality Serenaders (with whom he made his recording debut in 1929) before joining Les Hite's band, which for a period accompanied Louis Armstrong.

At a recording session in 1930, a vibraphone happened to be in the studio, and Armstrong asked Hampton (who had practiced on one previously) if he could play a little bit behind him and on “Memories of You” and “Shine”; Hamp became the first jazz improviser to record on vibes.

Excerpt taken from Allmusic. Follow the link to read the full biography. 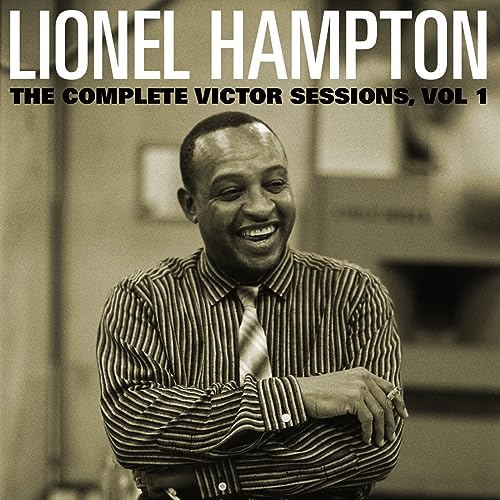