One of my all-all-time favorite songs is still Linnzi Zaorski's “When I Get Low I Get High“.

No wonder, this song has been my signature song for many years and I started almost every of my DJ sets with it.

On the same album though is another wonderful song:

Yes, it's New Orleans style. I like that dramatic but also romantic feeling of the song, violin and washboard included. And there are really beautiful solos.

In 2011, Linnzi Zaorski recorded another version (album: Naughty Sweetie) which is faster, but I definitely prefer the older one.

There is no biographical information available on her website, so I have to rely on Wikipedia:

Linnzi Zaorski is an American indie jazz singer and songwriter based in New Orleans, Louisiana.

She started out performing with the New Orleans Jazz Vipers, and then formed her own backing band, Delta Royale, when she had the opportunity to get a regular gig in New Orleans. Delta Royale has been described as a “formidable band” for its instrumental talent.

In September 2006, Zaorski was the subject of a national radio piece by National Public Radio commentator Andrei Codrescu.

Recorded in 2004, Hotsy-Totsy includes Zaorski's first original composition, “Better Off Dead”, and standards such as “Hernando's Hideaway” and “It Don't Mean A Thing (If It Ain't Got That Swing)”.

Delta Royale added violin and washboard to the ranks, and recorded without clarinet or drums. Offbeat Magazine describes Zaorski's first songwriting effort as fitting “snugly in the confines of Depression-era pop music”. 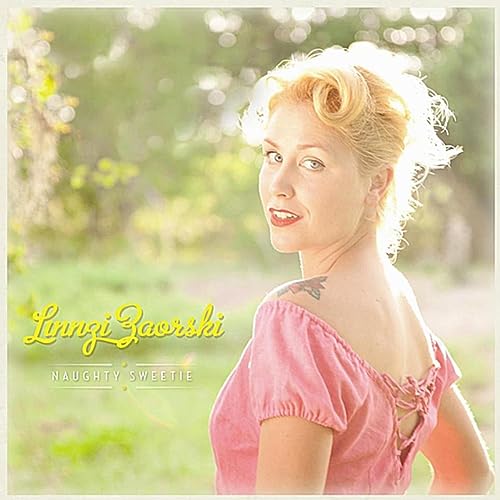