This is a quite interesting tune.

You get New Orleans jazz feeling, you get some Boogie Woogie piano and then you get an awesome pumping rhythm section. And then there is this very dirty trombone by Kid Ory.

And here is the earlier recording just for comparison.

From 1912 to 1919 he led one of the most popular bands in New Orleans. Ory's Band featured many of the great musicians who would go on to define the Hot Jazz style. At various times King Oliver, a young Louis Armstrong, Johnny Dodds, Sidney Bechet and Jimmie Noone all played in Ory's band.

In 1919 Ory relocated to California for health reasons. He assembled a new group of New Orleans musicians on the West Coast and played regularly under the name of Kid Ory's Creole Orchestra.

In 1922 they became the first African-American jazz band from New Orleans to record. They used the name of “Spike's Seven Pods of Pepper Orchestra” and recorded the songs “Ory's Creole Trombone” and “Society Blues”.

In 1925 he moved to Chicago, and played regularly with King Oliver, Louis Armstrong and his Hot Five and Hot Seven and with Jelly Roll Morton and several other Chicago groups.

During the Depression Ory played very little and ran a chicken ranch with his brother. When the Dixieland revival occurred in the 1940's, Ory found his style of music back in vogue. He revived Kid Ory's Creole Orchestra in 1943 and was able to continue to play, tour and record Jazz until he retired in 1966. 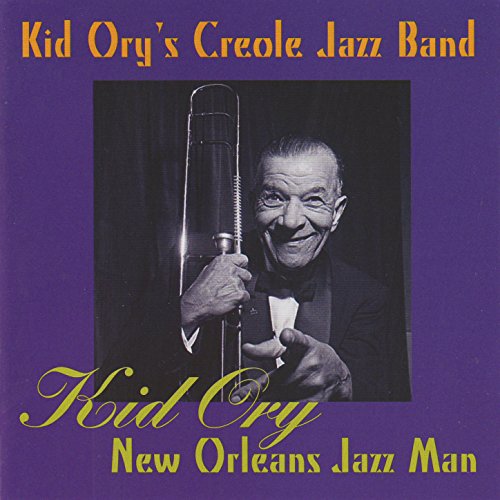