The version of this Jazz standard has a R&B feeling in the second half of the song but the first section is still very close to classical Swing. I also like the staccato feeling in this part.

“Darktown Strutters' Ball” is a popular song by Shelton Brooks, published in 1917. The song has been recorded many times and is considered a popular and jazz standard.

The landmark 1917 recording by the Original Dixieland Jazz Band which was recorded on May 30, 1917 and released by Columbia Records as catalog number A-2297 was inducted into the Grammy Hall of Fame in 2006.

Born in Oklahoma, Liggins moved to San Diego in 1932. He moved to Los Angeles in 1939 and played with various outfits, including Sammy Franklin's California Rhythm Rascals. When Franklin took an unwise pass on recording Liggins' infectious “The Honeydripper,” the bespectacled pianist assembled his own band and waxed the tune for Leon René's Exclusive logo.

The upshot: an R&B chart-topper. Nine more hits followed on Exclusive over the next three years, including the schmaltzy “Got a Right to Cry,” the often-covered “Tanya” (Chicago guitarist Earl Hooker waxed a delicious version), and “Roll ‘Em.”

During this period, the Honeydrippers prominently featured saxophonists Willie Jackson and James Jackson, Jr. Liggins stuck around Specialty into 1954, later turning up with solitary singles on Mercury and Aladdin.

But time had passed Liggins by, at least right then; his sophisticated approach later came back into fashion, and he led a little big band until his death. 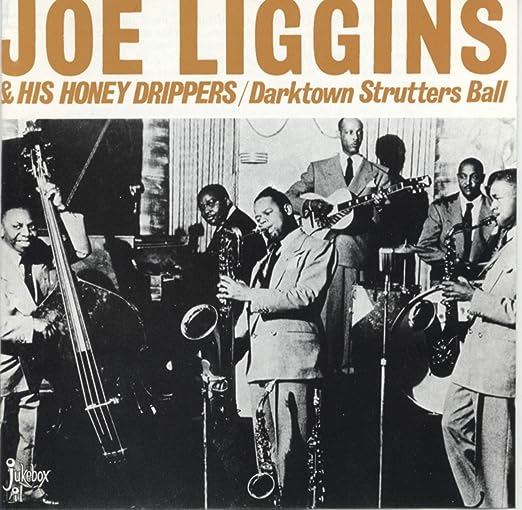