This tune was written by Willie Dixon and first recorded by Jimmy Witherspoon and his Orchestra.

It's quite popular among Blues and Lindy dancers, at least in some scenes :).

James Witherspoon (August 8, 1920 – September 18, 1997) was one of the great blues singers of the period after World War II, but he was also successful in the jazz world.

As a child, Jimmy Witherspoon sang in a church choir. In 1945 and 1946, he  made his debut recordings with Jay McShann.

In 1949, recording under his own name using McShann's band, he landed a number one R&B hit with “Ain't Nobody's Business.”

His blues shouting style came out of fashion in the mid 1950s, but Jimmy Witherspoon At The Monterey Jazz Festival from 1959 brought him back into the spotlight.

Witherspoon worked with Ben Webster and Groovy Holmes and in 1961, he toured Europe with Buck Clayton and performed overseas on many occasions in the following decades.

After a short break from live performances at the beginning of the 1970s, settling down in L.A. and working as disc jockey, he returned on stage in 1973.

By the early 1980s, Witherspoon was diagnosed with throat cancer. He stayed active but his voice was obviously effected by the cancer. He died at age 77.

When The Lights Go Out 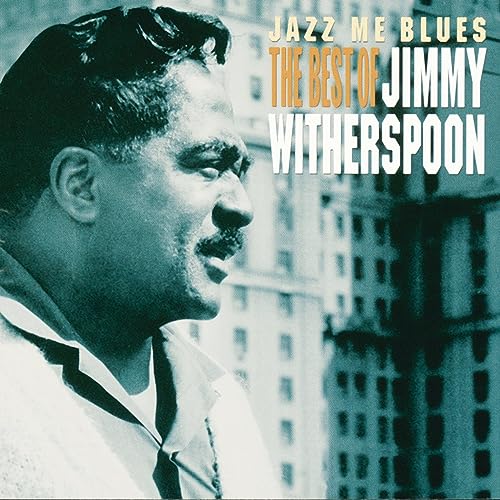