Last week, we took a look at early rock-and-roll.

Today, we make a step into the 1950s and I'm presenting you a funny Rhythm and Blues tune by saxophonist Jimmy Coe.

Coe was leading his own group in local venues and jamming at after-hours joints. The group Jimmy Coe & His Gay Cats of Rhythm recorded in 1953, and much of these original sessions were reissued on Delmark.

I was born in Tompkinsville, Kentucky, on March 20, 1921. My parents weren’t into music too much, but I had a cousin who stayed with us.

She was a 300-pounder and she could sing her butt off and sang around the house. That might be what started me liking music. Her name was Lottie Williams and she sang all kinds of music, pop tunes, gospel, all of it.

My father played violin and he bought me a small violin, the three-quarter size. My family moved to Indianapolis when I was two years old.

I started playing piano. We had an old player piano back in the 1920's that you had to pump the pedals. I started learning tunes off that and I would go to parties when I got to be 14 or 15.

When I started banging on the piano, I'd look up and everybody was gone, especially the girls. But I liked the piano and was thinking about being a piano player.

Jimmy Coe 2002, in an interview with Dan Kochakian; Source: The Jimmy Coe Discography

Coe took up the saxophone when he was 16. He began playing professionally at 17 and he functioned in fast-moving musical company right from the get-go. At 20, he was already touring with Jay McShann‘s band.

In the late 1940s, Coe began the study of clarinet at Butler University. In 1952, he was able to record under his own name. Also in the early 1950s, he was recording with Tiny Bradshaw.

For the new Chess label, Coe recorded fronting an orchestra in the late 1950s. Then in the 1960s, he mostly was teaching music in the Indianapolis public schools.

In the 1990s, when many listeners thought he would never be heard from again, Coe reappeared with a full CD on Timeless featuring his big band. 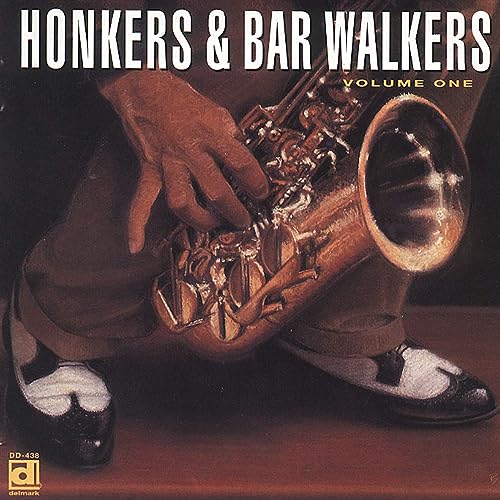