I'm currently in Cleveland, OH at the All Balboa Weekend where I am one of the main DJs beside head DJ Kyle Smith and Laura Windley.

What else do you expect than a Balboa song?

Here it is, a classic at least among Balboa dancers. He was regarded as the “Father of Jazz Trombone.”

Jack's mother was a ragtime pianist, so he started piano at age five. The he switched to baritone horn before he tool up trombone when he was ten.

After working in a territory bands he caused a sensation in 1928 when he came to New York.

His daring solos with Ben Pollack caused Glenn Miller to de-emphasize his own playing with the band, and during the late-1920s/early Depression era, he recorded frequently with many groups including units headed by Roger Wolfe Kahn, Eddie Condon, Red Nichols, and Louis Armstrong (“Knockin' a Jug”).

Teagarden, who was greatly admired by Tommy Dorsey, would have been a logical candidate for fame in the swing era but he made a strategic error. In late 1933, when it looked as if jazz would never catch on commercially, he signed a five-year contract with Paul Whiteman.

Although Whiteman's Orchestra did feature Teagarden now and then (and he had a brief period in 1936 playing with a small group from the band, the Three T's, with his brother Charlie and Frankie Trumbauer), the contract effectively kept Teagarden from going out on his own and becoming a star.

In 1939, he put together a big band that would last until 1946, by the time it broke up Teagarden was facing bankruptcy.

Bing Crosby helped Teagarden to get out of his financial problems, and from 1947-1951 he was a star sideman with Louis Armstrong's All-Stars.

After that, Teagarden was a leader of a steadily working sextet throughout the remainder of his career, playing Dixieland.

During 1958-1959, he toured the Far East, teamed up one last time with Eddie Condon for a television show/recording session in 1961, and a musical reunion (that was recorded) with his brother Charlie, sister/pianist Norma, and his mother at the 1963 Monterey Jazz Festival.

He died from a heart attack four months later. 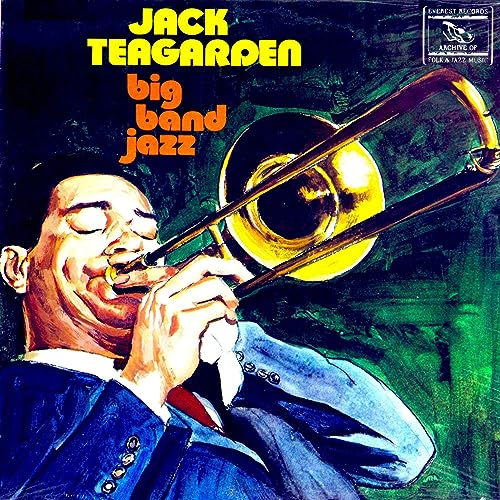 What do you think, is that a typical Balboa song? Let us know in the comment section below.