This article was originally published on https://shuffleprojects.com

How many European Jazz artists do you know? I have to say I don't know that many. That's why I'm looking all the time for European musicians I've never heard about before.

He was born in Eton College, where his father was a famous housemaster, and where he was subsequently educated.

He formed his first jazz band in 1948, after spending a year with George Webb’s Dixielanders, a band which pioneered New Orleans-style jazz in Britain.

Humphrey Lyttelton and His Band, with Wally Fawkes on clarinet, soon became the leading traditional jazz band in Britain, with a high reputation in Europe gained through many Continental tours.

In 1949, he signed a recording contract with EMI, resulting in a string of now much sought-after recordings in the Parlophone Super Rhythm Style series.

Prior to that, the band had already made records on his own London Jazz label, and had accompanied the great Sidney Bechet in an historic session for Melodisc in 1949.

It was for Parlophone that Humph recorded his own ‘Bad Penny Blues’ which, in 1956, was the first British jazz record to get into the Top Twenty.

You Brought A New Kind Of Love To Me

This is a live version of that popular song from the 1930s.

I don't know exactly when it was recorded, but I like it better than the studio recorded version on other albums. 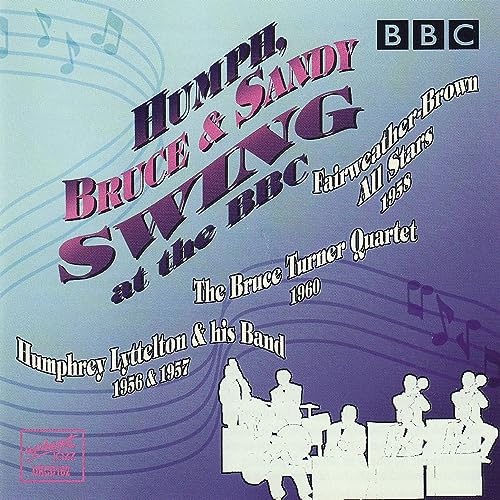