Today's song is a big band classic – and one of Frankie Manning‘s favorite tunes – that belongs into every swing music library.

Tuxedo Junction was written by Erskine Hawkins, saxophonist and arranger Bill Johnson and Julian Dash as an instrumental. Later, Buddy Feyne wrote lyrics for the tune.

Erskine Hawkins' recording made it to number 7 in the Billboard charts in 1940. Glenn Miller‘s recording though, also from 1940, was more successful and became a number 1 hit.

The song is about a jazz and blues club in the Birmingham, Alabama suburb of Ensley. The area is referred to as “Tuxedo Junction”, even though the building is called the “Nixon Building” (built in 1922).

This is due to the location of a streetcar crossing at Tuxedo Park, hence “Tuxedo Junction”. The empty building still stands at 1728 20th Street as a testament to the musical heritage of the area. 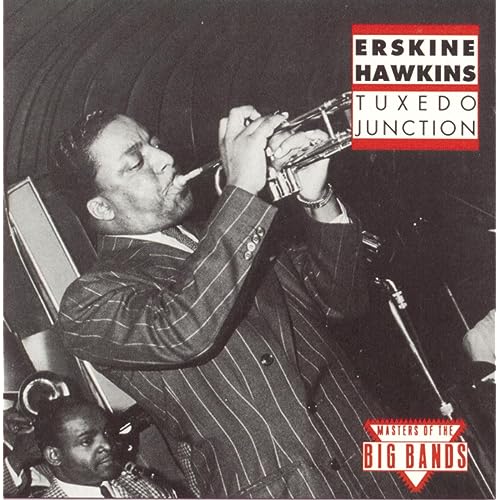