Recently, I was DJ'ing beside a live band at a theme night called “The Roaring Twenties”. Because it was not particularly a swing dance event, I had the opportunity to spin a broader range of music, especially from the 1920s of course.

When I was preparing that set and browsed through the 1920s tracks in my music library, I stumbled upon a song by Chick Webb I've never DJed before. Mainly, because it's not a typical song for swing dancing.

Regardless, I want to share it with you, it's a piece of history. Webb was 24 at that time and it was his first recording.

William Henry “Chick” Webb (February 10, 1905 – June 16, 1939), known as “The King of Savoy” was small in stature and hunchbacked, with a large face and broad shoulders. From childhood, he suffered from tuberculosis of the spine.

That didn't hold him back to become one of the most competitive drummers and bandleaders of the big band era. Perched high upon a platform, he used custom-made pedals, goose-neck cymbal holders, a 28-inch bass drum and a wide variety of other percussion instruments to create thundering solos of a complexity and energy.

Chick Webb bought his first set of drums with his earnings as a newsboy, and he began playing in bands on pleasure boats.

In 1925, at age 17, he moved to New York and played with trumpeter Bobby Stark, saxophonist Johnny Hodges (Webb's cousin) and Duke Ellington at jam sessions at Small's Playhouse.

One year later, Webb lead his own band under the name “The Harlem Stoppers”. In 1929, a transitional version of Chick Webb's band  called “The Jungle Band” made their first recording session, resulting the two tracks Dog Bottom and Jungle Mama.

At the beginning of the 1930, the band was not that successful. After personnel changes, Webb revamped his band, named it The Chick Webb Orchestra, and introduced it to the public with engagements at the Savoy and Dixie Ballrooms in 1932-33.

The Orchestra was soon invited to become the house band at the Savoy, which by 1933 featured the impressive saxophonist/arranger Edgar Sampson, trombonist Sandy Williams, and trumpeter Mario Bauza.

In 1935, Webb hired the teenaged Ella Fitzgerald after she won a talent contest at the Apollo Theater and rebuilt his show around the singer. The band's fame continued to grow, fueled by its reputation as a giant-killer in the Savoy battles and a continuous string of Decca 78s that featured such irresistible numbers.

The Orchestra would remain the house band at the Savoy until Webb's early death in 1939, securing their legacy as one of the Swing Era's leading bands. After Webb's death, Fitzgerald fronted the band until it finally broke up in 1942.

As it is written in the clip description: this tune is HOT! The energetic scat singing at the end is a killer.

The breaks and energy chances are for sure a challenge to dance to. 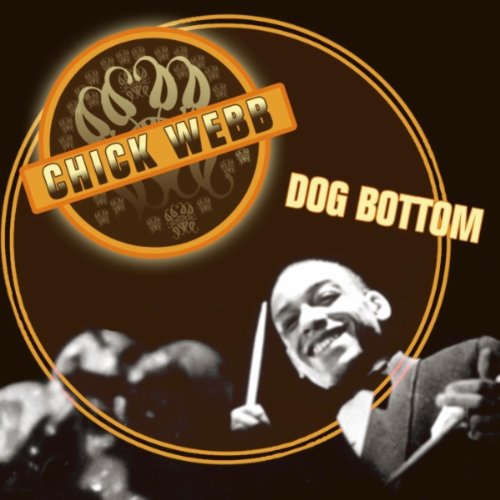 Do you also think Dog Bottom is a hot tune? Share your thoughts in the comment section below!