Have you seen “The Great Gatsby” by Baz Luhrmann?

I haven't yet. Critics vary but I will build my own opinion after I'll have been to the movies.

What I have done though is listening to the soundtrack and there are, beside the pop songs – hey, it's a Luhrmann film, what else have you expected? – there are a few interesting swinging tunes.

Whilst the The Great Gatsby was still in production, Luhrmann heard Bryan Ferry‘s album The Jazz Age (released 2012) and asked him to record some music in the style of the 1920s for the film.

Baz felt the music we had recorded on our album worked well with his film, so he commissioned us to both rearrange elements of the score and also record in a period style the contemporary songs that he and Jay-Z had selected.

We used the same orchestra that features on ‘The Jazz Age’ and recording commenced in January 2013.

Baz came to my studio during the sessions and he had a very clear idea of what music he wanted for each scene. We recorded to picture including a new version of ‘Love Is The Drug’.

Baz is a strong creative force and the soundtrack is always going to be important in any movie he makes, especially a film like The Great Gatsby, where the music of the period is key to the film’s identity.

Baz has a great understanding of the music from the 1920s, and it’s going to be very interesting to see how his musical collage works, combining contemporary songs with our period music.

I heard the Jazz Age and said to Bryan “what about if you took our themes and record them with your band?” Then I said “what about if you do ‘Love Is The Drug’?…. and it just kept growing, and next he’s covering Jay Z, Amy Winehouse and Beyonce.

And so he becomes the ‘Jazz Voice’ of the movie. We couldn’t have been luckier. Total serendipity.

Love Is The Drug

This is the original song by Bryan Ferry with Roxy Music

And here is the new version for The Great Gatsby

PS. Another great song on the soundtrack is Crazy In Love! 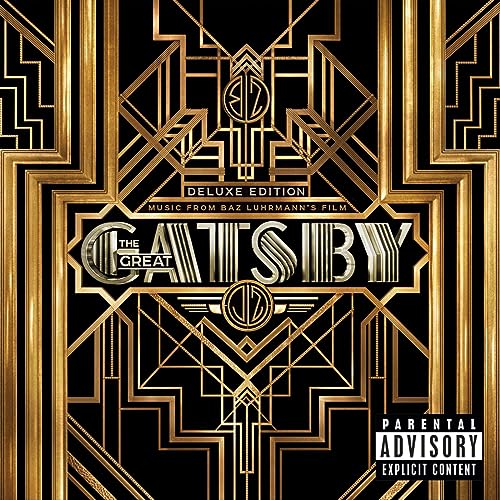